Are you free to practice capitalism? 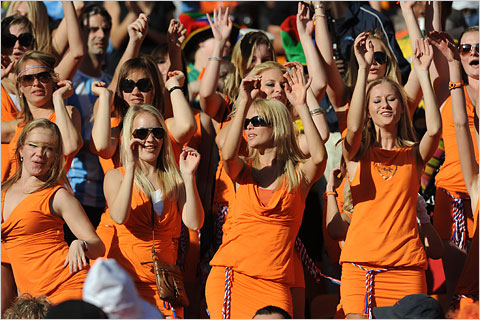 As if we need any other reminders that free speech rights in the U.S. and the Republic of Ireland are the most important aspect of each country's constitutions, think about this...
Police in Johannesburg: "These women, who have been part of a larger group, are suspected to be involved in organized acts to conduct unlawful commercial activities during the Denmark-Netherlands match."
You are not free to engage in unregulated communication with your target audience. For beer.
http://thelede.blogs.nytimes.com/2010/06/16/world-cup-marketing-stunt-leads-to-arrests/?ref=world
and
http://www.radionz.co.nz/news/stories/2010/06/18/12480a33f253
Posted by Tom Termini at 4:57 AM No comments:

My dad had a Merc 190 that he loved. It had a strange three-on-the-tree standard transmission, a barber-pole visual cue on the speedo to tell you to shift, light blue matching vinyl upholstery/paint, and a 1960s Blaunpunt that only received music transmitted from the Depression.
THis is a nice roundup of Fathers' cars. I hope my kids remember me and my german car fetish. We all need good memories of our fathers. http://jalopnik.com/5566975/ten-dadmobiles-that-made-us-love-cars/gallery/?skyline=true&s=i
Happy birthday, Dominic. Miss you.
Posted by Tom Termini at 5:45 AM No comments:

Upgrading to "green" doesn't work as well as "new"

Part of the trend in green home construction has focused on expensive upgrades. In fact, the "greenest" experience comes from new construction. No inefficient retrofitting, not "cobbling together" solutions. When a home is architected and built with "green standards" in mind, especially en mass, you get the most bang-for-the-buck.

Being socially conscious doesn't have to mean trading off economical purchasing. Read more about what it means to be 'green' in residential construction here...
http://www.hgtvpro.com/hpro/nws_ind_nws_trends/article/0,,HPRO_26519_5585755,00.html
Posted by Tom Termini at 4:22 AM No comments:

I am not really a bad father. Really. Don't believe what the brood reports. After all, I am guilty of bribing them with McDonald's, once-in-a-while. But even I have to back off a bit when the crazy clown is pushing tchochkes with heavy metal content. And I don't mean Metallica (although that might be just as bad, considering my kids' taste in tunes).
Cadmium in in the painted design on "Shrek"-themed drinking glasses being sold at McDonald's. So the burger-miester is recalling something like 12 million of the cheap (U.S.-made. Huh, not China?) collectibles.
Posted by Tom Termini at 12:48 AM 1 comment: 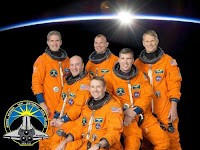 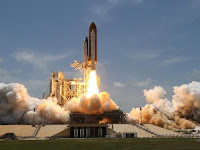 End of an era - the space shuttle Atlantis is to be decommissioned after completing its latest mission STS-132. The shuttle launched on May 14, 2010, returning on May 26, 2010.

The shuttle was originally a pretty cool idea then co-opted by the military-industrial complex (i.e., the air force and intelligence community). As a 'limited reuse' vehicle, the program has been the U.S.'s sole foothold in space for quite some time. With no replacement even on the drawing board, i suspect my children won't be witnessing much more in the way of cool American ingenuity.
Heros - in short supply these days. Sigh.
Posted by Tom Termini at 12:20 AM No comments: