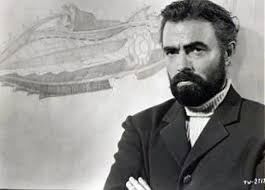 My brother made an interesting observation yesterday --Wikileaks founder Julian Assange is a modern / real life version of Jules Verne's Captain Nemo.
Little of Nemo's past is revealed in Twenty Thousand Leagues Under the Sea, except his hatred the countries of the world. Assange seems to harbor ill-will towards the secretive nature of governments, a characteristic at opposition to freedom.
Like the fictional submarine captain, Assange cruise the wide open seas (of the internet) firing off technologically advanced torpedoes of truth ("what the hell is a wiki??") at governments of the world, sinking diplomatic ships left and right.
Of course, now that someone (or, perhaps, "no one") is making war against them, these governments take offense at being called out. So now they have it out for this annonymous character. Assange, like Nemo, hides on his secret island (admittedly, England is not so secret -- an imperfect metaphor).
Making enemies of the U.S. us bad enough, but Mother Russia has a reputation for serving up a plutonium cocktail to her detractors.
Posted by Tom Termini at 4:43 AM No comments: