Robot Overlord Update - now they can outrun us 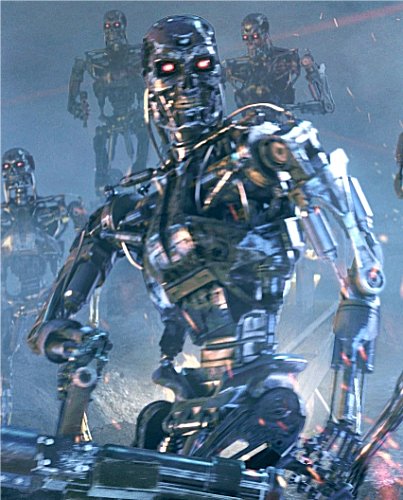 Our robot overlords are getting speedy. As Slate talked about, "Terminator: Salvation, the fourth installment of the Terminator franchise, takes place in 2018, a number of years after an artificial-intelligence network devised by the U.S. military, called Skynet, has turned on its masters and set off a nuclear war. The sentient computer now controls an army of killer robots tasked with hunting down and killing every last member of the human race. It's Hollywood popcorn at its best, if not for the scary fact that the movie touches on some very real trends in modern military technology."

Of course, the promise of robots continues to linger, without fruition. I want my robot butler to do my bidding, or at least my laundry.