This is awesome! I remember going to Mojave with Delia, Damon and ex-M to watch the X-Prize (https://en.wikipedia.org/wiki/Ansari_X_Prize)

The Ansari X Prize was a space competition in which the X Prize Foundation offered a US$10,000,000 prize for the first non-government organization to launch a reusable crewed spacecraft into space twice within two weeks. It was modeled after early 20th-century aviation prizes, and aimed to spur development of low-cost spaceflight.
Created in May 1996 and initially called just the "X Prize", it was renamed the "Ansari X Prize" on May 6, 2004 following a multimillion-dollar donation from entrepreneurs Anousheh Ansari and Amir Ansari. The prize was won on October 4, 2004, the 47th anniversary of the Sputnik 1 launch, by the Tier One project designed by Burt Rutan and financed by Microsoft co-founder Paul Allen, using the experimental spaceplane SpaceShipOne. $10 million was awarded to the winner, and more than $100 million was invested in new technologies in pursuit of the prize.
Watch the live flight! And Steven Colbert is hosting! https://www.space.com/virgin-galactic-richard-branson-unity-22-launch-explained 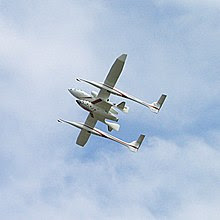 Email ThisBlogThis!Share to TwitterShare to FacebookShare to Pinterest
Labels: spac