Stay happy during these difficult times. I’ve practiced “remote relationships” since returning to Ireland in 2017. Here’s a few ways I stay connected, while social distancing:

Meet  up via Google Meet, Zoom or Teams. Besides talking and catching up, there are many virtual board games available on Steam for group interaction. I’ve been lucky to have Settlers of Catan and Talisman games with friends recently... and we really enjoy the camaraderie.

Pick up the phone and call those you are close with. FaceTime is awesome - see your loved ones, chat for hours, for free!

Write letters — who doesn’t enjoy receiving a letter in the mail?

Text those who you love that you are thinking of them.

I’m lucky — I have a quaran“team” – people in my “bubble” limiting social interaction so we can spend time together. 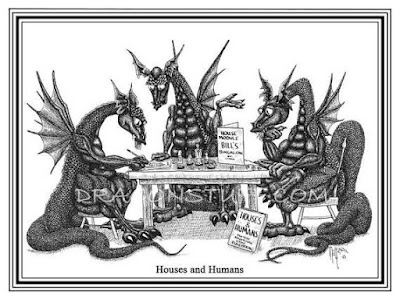 We know unmanned aerial vehicles (UAV) -- or "drones" -- are great for agricultural surveys or other business applications. But their use in science cannot be undervalued. Work between NASA's Jet Propulsion Laboratory (JPL) and Qualcomm Technologies Inc., resulted in the Ingenuity, a helicopter drone that landed on Mars on February 18th, 2021 and is the first autonomous aerial platform operated outside Earth's atmosphere.

This site describes the UAV:

Ingenuity relies on counter-rotating coaxial rotors about 4 feet in diameter that spin very fast to work in the thin atmosphere. The main computer behind it all is a Qualcomm Snapdragon 801 processor that includes a quad-core CPU, a GPU and a 55 megapixel downward facing image signal processor. The computer controls a visual navigation algorithm using Mars surface geographical features tracked with the camera. Surprisingly, the Snapdragon processor aboard Ingenuity is not ruggedized by itself, although JPL has encased the processor to protect against Mar’s low pressure and cold, said Dev Singh, general manager of robotics and drones for Qualcomm in an interview with Fierce Electronics. 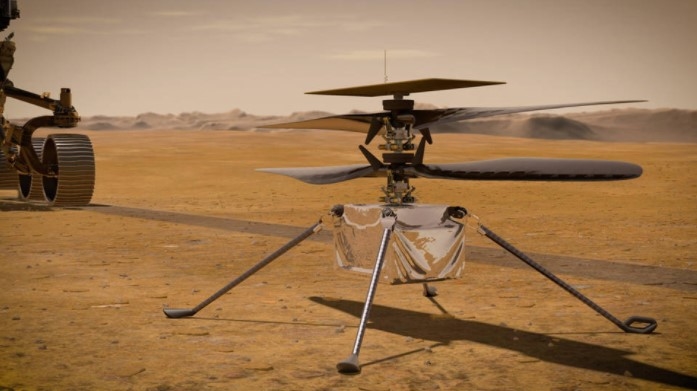 In fact, the chip is not much different from other Snapdragon chips used in billions of smartphones, Singh said. Qualcomm first began working with NASA JPL in 2016 on the Ingenuity project.  Qualcomm's flight platform is a multifunctional chip used for drones and robots.

Back on Earth, drones can be useful in high threat environments. "Due to the difficult accessibility and the high risk of collapse or explosion, the imaging of active volcanoes has so far been a great challenge in volcanology. Researchers around Edgar Zorn from the German Research Centre for Geosciences GFZ in Potsdam are now presenting the results of a series of repeated survey flights with optical and thermal imaging cameras at the Santa Maria volcano in Guatemala. Drones were used to observe the lava dome, a viscous plug of lava. The researchers were able to show that the lava dome shows movements on two different time scales: slow expansion and growth of the dome and fast extrusion of viscous lava," as published in the journal Scientific Reports.

And specialized underwater drones can be used for ocean research -- the same artificial intelligence that enables aerial drones, such as greater levels of autonomy, can be re-purposed for underwater missions. Autonomy — the ability to take action without direct control -- means drones are more robot and less remote-controlled device. 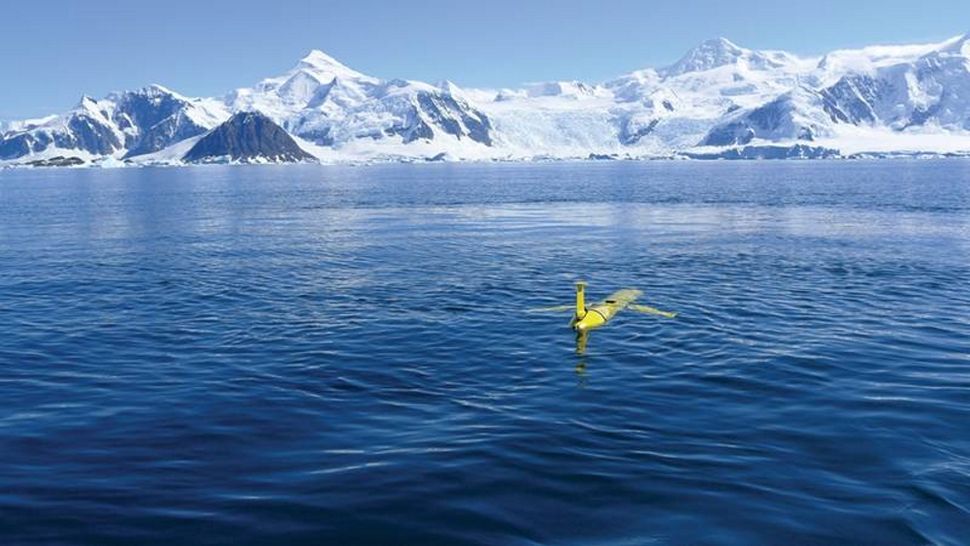 Posted by Tom Termini at 5:09 AM No comments:

Watch many 1980s films, and you may come across the "hacker" character -- a post-punk, mohawk-sporting teen looking to upgrade test scores or avert world wide nuclear confrontation with the Ruskies. In the decades since, it seems that “hacker” describes cyber criminals more than heroes, an unfortunate trope promulgated by modern media. Often accompanied by stock photos of hoodie-clad thugs hunched over glowing keyboards in darkened rooms, the predominance of associating this label with internet criminals has skyrocketed. As data breaches and cyber attacks litter the front pages of mainstream media, the "white hat" computer expert is lost in the shuffle. Calling scammers, cheats, fraudsters and others "hackers" is counter-productive -- lack of precision means the term becomes diluted.

Promoting the image of hackers as inherently malicious ignores the truth -- corporate America and the U.S. government employ thousands (and there's even more, world-wide) as so-called ethical hackers. These brainiacs help organizations find and remediate security vulnerabilities in their systems. Some businesses offer bug-bounty programs, paying hackers that find and report security flaws. To quote Keren Elazari, security analyst, hackers are “the immune system of the internet.”

We have read the work “hacker” used within the security community to refer to someone skilled in computers and network security. Its use as term for “cyber criminal” alter the perception of the general public. There is a nomenclature to differentiate malicious, illegal penetration and other cyber intrusions (perpetrated by “black hat hackers”). Black hat hackers hate society use technology to exploit people, ruin lives, steal, or incite hatred - they use technology skills to exploit vulnerabilities in software and humans. The ethical hacker is a computer and networking expert who systematically attempts to analyze and penetrate a system on behalf of its owners for the purpose of finding vulnerabilities that a malicious party could potentially exploit. Hackers are the good guys.

Read more over at this place...

Posted by Tom Termini at 9:06 AM No comments:

With the surge in online shopping and the need for less contact, electronic payments have increased significantly during this pandemic. We do know that both the Ethereum and Bitcoin blockchains are open and -- while they are theoretically anonymous -- as soon as any crypto account touches a bank account tied to your identity, you are in direct contact with the pool, which could be recording your IP address and associating it to your cryptocurrency account.

Many might recall that the cryptocurrency industry was initially portrayed as "anonymous digital cash." While experts were quick to point out that this was not exactly the case, Bitcoin (BTC) found initial popularity in darknet markets such as Silk Road, where merchants sold illegal goods ranging from light drugs to, allegedly, hitman services. Founded in 2011, Silk Road thrived for the next two years until the Federal Bureau of Investigation shut it down in 2013. Authorities later revealed that completely free blockchain explorers aided their investigative efforts.

Some cryptocurrencies (such as Zcash and Monero) are explicitly designed to address traceability concerns, incorporating several security mechanisms, including:

Ring Signatures, which allow signed messages to be attributable to “a set of possible signers without revealing which member actually produced the signature” ...

Stealth Addresses, which refer to methods for key management in which public keys are derived separately from private keys for the purpose of obscuring the public keys, and

Confidential Transactions, which use Pedersen commitment schemes to restrict disclosing the amounts transacted to anyone other than the transacting parties.

Some are thinking up ways to successfully implemented privacy-enabling cryptocurrency, so that metadata associated with transactions would be hidden. Online, data flows or the ledger would not reveal relationships among transactions or any information about the transacting parties.

As more central banks consider how to embrace the digital economy, new ideas will flourish. Unlike traditional money, cryptocurrencies aren’t issued by countries or central banks. On the contrary, one of the hallmarks of these products is the lack of regulation and oversight by a central authority. Most US banks have been slow to introduce software that allow peer-to-peer payments for things like splitting the bill on a meal. In some scenarios, central banks could directly issue digital currencies into users’ online wallets without involving banks and other middlemen. Americans could also potentially hold accounts at the Federal Reserve for making transactions using a digital dollar, simplifying the process and lowering the cost of exchanging payments.

See this for more information...

Posted by Tom Termini at 2:10 PM No comments:

Hydrogen is the Way of the Future - so sayeth James May

James May is high on... hydrogen. He talks about why electric vs hydrogen is an important debate, in this article. May’s piece in The Sunday Times is a review of the Toyota Mirai. But he takes the opportunity to argue for continued investment in hydrogen fuel cell technology — not just for cars but for factories, homes and all power needs.

Many would argue there are a few key things about hydrogen that make it better than batteries: range, refuel time, longer life, recyclability, endurance, energy density. There are cars that have created the range of a typical battery electric car and can charge/re-fuel in three-to-five minutes.

Volkswagen, on the other hand, argues that electric with batteries is better. Here they lay out their position,  and some agree that the direction that most automakers seem to be taking for hydrogen —in the direction of commercial vehicles, if at all — has a future. Many are focused on other applications, such as "heavy-duty transport, aviation, and shipping. 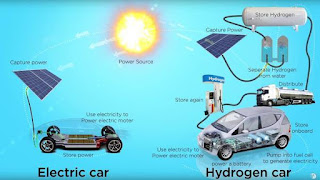 Posted by Tom Termini at 3:00 PM No comments: