Now Uber, the nearly-ubiquitous car lift company, is getting interested in autonomous vehicles. Ar the BBC, we read,

Uber's ultimate goal is a complete end to car ownership - and it's wasting no time.
It wants you to be able to summon a car, have it arrive in less than five minutes, and take you where you want to go.
In major cities it has just about hit that goal. The average time for being picked up by an Uber is less than five minutes. This week, the company began a scheme that gave all residents in a small San Francisco community $100 (£68.50) every month to spend on Uber.
But Uber's big inconvenience is the fact it needs drivers, and so this line of research is about eliminating that final piece of the puzzle to boost profits even more.
Uber isn't alone - rival ride-sharing service Lyft announced a tie-up with Chevrolet to use autonomous driving as well, but it's Uber that seems unstoppable in its goal to be the dominant force in global ground travel.


As interest builds in self-driving cars, everyone seems to be getting in on the action. Big names such as Google and Apple are working diligently, but so are many other companies, as we see in this list. Will cooperation help speed our ability to get rid of the personal car? Perhaps sharing the map data that many of these systems use is one answer. Announcing their acquisition of Here Maps last year, Daimler, Volkswagen and BMW stated that “the high-precision cameras and sensors installed in modern cars are the digital eyes for updating mobility data and maps”. The idea of crowdsourcing map data, one of Google's big advantages, gives them a leg up over traditional firms.

Posted by Tom Termini at 2:26 AM No comments:

Read about how DHL's drone delivery will make getting packages to remote places more cost-effective:

The latest version of DHL's delivery drone has made more than 100 successful deliveries and can get parcels to remote villages faster than transporting them across difficult terrain in a car. The third generation of the company's Parcelcopter completed a three month test period of autonomously carrying parcels to and from set locations in Bavaria, Germany.

Posted by Tom Termini at 6:31 PM No comments:

In The Wall Street Journal we read that Lyft customers in a “yet-to-be-disclosed city” will soon be able to select self-driving cars from a menu within the ride-hailing app on their smartphone. These cars will still have humans in the driver’s seat at the onset to intervene if the system fails and to satisfy laws about taxi operation, “but the driver is expected to eventually be obsolete.” 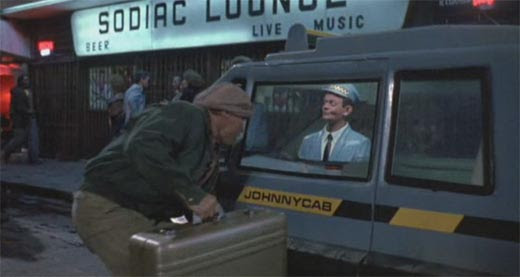 Posted by Tom Termini at 7:25 PM No comments: