The Wait is Over -- and Uber should be Worried

Google's self-driving car to launch soon.
Posted by Tom Termini at 1:46 AM No comments:

What Architecture is Best for Cloud? Service-Oriented


At the ZDNet blog, Joe McKendrick writes, "...cloud computing is where the promises of SOA begin to see the light of day...." At many organizations, Service-Oriented Architecture (SOA) and the Cloud are bringing operational efficiency and reduced costs by consolidating proven technologies.

Cloud adoption can be hindered by lack of standardized APIs, which means migration from one platform to another can be difficult. Security of data is foremost in the minds of IT executives; when your data resides at physical locations outside your control, anxiety can increase. And migrating servers and apps to the Cloud requires time and the efforts of specialists.

SOA bridges these gaps by putting proven frameworks in place to ensure portability of services (via APIs that are standardized), and, with the right models, ensures in-transit data and data-at-rest is encrypted. Finally, if new enterprise solutions are built with SOA in mind, migration is simplified.

Read more at ZDNet...
Posted by Tom Termini at 8:41 AM No comments:

With the iPhone six array of sensors, it is no wonder scientists are jumping on board. For example, OpenSignal is putting the barometer to use as old-fashioned weather sensors. Their app will download to any iPhone with iOS 8, with Apple’s two newest handsets you can take pressure readings, which Open Signal will plop into its crowdsourced weather map. Those readings combined with the barometric pressure measurements of Android users can then be used to give an ever-updating look at the pressure changes in your area. The data is also being sent off to climatologists, such as the University of Washington’s Cliff Mass, who are exploring ways of incorporating crowdsourced smartphone readings into future meteorology models.

Even add-on components are becoming available. Soon crowd-sourced real-time weather data will supplement satellite information to give us a better picture of our atmosphere. So you can do more than make satellite calls. 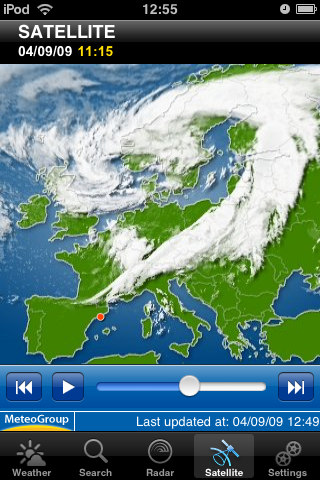 And, of course, sign up now for US national weather alerts...
Posted by Tom Termini at 5:23 AM No comments:

East vs west, individualism vs collectivism


Cited from a recented New York Times article by T. M. Luhrmann -- some cultures are more individualistic, and others more interdependent. Agriculture may explain why. Some interesting -- if broadly reached -- conclusions based on an anthropologic view. I'm unsure there's sufficient evidence to support ALL the conclusions the author of this NYT article jumps to, but certainly the idea that individual-achievement vs the-collective-good is a worthy thought problem.

Why Are Some Cultures More Individualistic Than Others?

AMERICANS and Europeans stand out from the rest of the world for our sense of ourselves as individuals. We like to think of ourselves as unique, autonomous, self-motivated, self-made. As the anthropologist Clifford Geertzobserved, this is a peculiar idea.

People in the rest of the world are more likely to understand themselves as interwoven with other people — as interdependent, not independent. In such social worlds, your goal is to fit in and adjust yourself to others, not to stand out. People imagine themselves as part of a larger whole — threads in a web, not lone horsemen on the frontier. In America, we say that the squeaky wheel gets the grease. In Japan, people say that the nail that stands up gets hammered down.

These are broad brush strokes, but the research demonstrating the differences is remarkably robust and it shows that they have far-reaching consequences. The social psychologist Richard E. Nisbett and his colleagues found that these different orientations toward independence and interdependence affected cognitive processing. For example, Americans are more likely to ignore the context, and Asians to attend to it. Show an image of a large fish swimming among other fish and seaweed fronds, and the Americans will remember the single central fish first. That’s what sticks in their minds. Japanese viewers will begin their recall with the background. They’ll also remember more about the seaweed and other objects in the scene.

Another social psychologist, Hazel Rose Markus, asked people arriving at San Francisco International Airport to fill out a survey and offered them a handful of pens to use, for example four orange and one green; those of European descent more often chose the one pen that stood out, while the Asians chose the one more like the others.

Dr. Markus and her colleagues found that these differences could affect health. Negative affect — feeling bad about yourself — has big, persistent consequences for your body if you are a Westerner. Those effects are less powerful if you are Japanese, possibly because the Japanese are more likely to attribute the feelings to their larger situation and not to blame themselves.

There’s some truth to the modernization hypothesis — that as social worlds become wealthier, they also become more individualistic — but it does not explain the persistent interdependent style of Japan, South Korea and Hong Kong.

In May, the journal Science published a study, led by a young University of Virginia psychologist, Thomas Talhelm, that ascribed these different orientations to the social worlds created by wheat farming and rice farming. Rice is a finicky crop. Because rice paddies need standing water, they require complex irrigation systems that have to be built and drained each year. One farmer’s water use affects his neighbor’s yield. A community of rice farmers needs to work together in tightly integrated ways.

Not wheat farmers. Wheat needs only rainfall, not irrigation. To plant and harvest it takes half as much work as rice does, and substantially less coordination and cooperation. And historically, Europeans have been wheat farmers and Asians have grown rice.

The authors of the study in Science argue that over thousands of years, rice- and wheat-growing societies developed distinctive cultures: “You do not need to farm rice yourself to inherit rice culture.”

Their test case was China, where the Yangtze River divides northern wheat growers from southern rice growers. The researchers gave Han Chinese from these different regions a series of tasks. They asked, for example, which two of these three belonged together: a bus, a train and train tracks? More analytical, context-insensitive thinkers (the wheat growers) paired the bus and train, because they belong to the same abstract category. More holistic, context-sensitive thinkers (the rice growers) paired the train and train tracks, because they work together.