That lovable scamp from Boston Dynamics, the robotic dog Spo, was one of several robots tested by the French army during training sessions at a military school in the northwest of France. This is according to a French source.

It’s not clear what role Spot was playing (neither Shark Robotics nor the École de Saint-Cyr had replied to requests for comment at the time of writing), but Ouest-France suggests it was being used for reconnaissance. The 70lb Spot (31kg) is equipped with cameras and can be remote controlled, with its four legs allowing it to navigate terrain that would challenge wheeled or treaded robots. To date, it’s been used to remotely survey a number of environments, from construction sites to factories and underground mines. 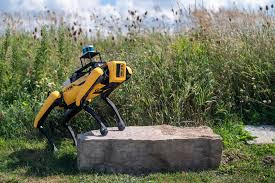 Read more over at Engadget...

Posted by Tom Termini at 4:50 AM No comments:

From the Archives... a Sixty Minutes report on Steve Jobs and his biography

Apple Computers, Inc. was founded on April 1, 1976, by college dropouts Steve Jobs and Steve Wozniak, who brought to the new company a vision of changing the way people viewed computers. Jobs and Wozniak wanted to make computers small enough for people to have them in their homes or offices. Simply put, they wanted a computer that was user-friendly.

On the 45th anniversary of the founding of Apple, a look back at the 2011 profile of Steve Jobs, which aired just weeks after his death. On Oct. 5, 2011, Steve Jobs passed away at the age of 56.2﻿ He had just left the CEO post at Apple, the company he co-founded, for the second time. Jobs was an entrepreneur through and through, and the story of his rise is the story of Apple as a company, along with some very interesting twists.

The Nasa rover on Mars, Perseverance, found a weird rock that is confounding scientists. The rover’s Twitter account published an image of a weird, pockmarked rock. It has a smooth, greenish appearance and the caption underneath confirms that scientists are stumped. Perseverance zapped the rock with its on-board laser and is trying to learn more about it. 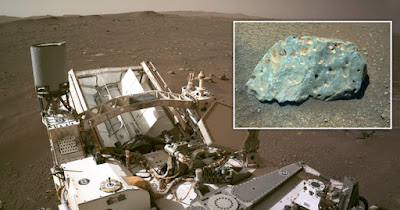 ‘While the helicopter is getting ready, I can’t help checking out nearby rocks,’ the rover tweeted in the first person. ‘This odd one has my science team trading lots of hypotheses. ‘It’s about 6 inches (15 cm) long. If you look closely, you might spot the row of laser marks where I zapped it to learn more.’

It can identify the chemical and mineral makeup of targets as small as a pencil point from a distance of more than 20 feet (7 meters). In the picture, one can see the tiny indentations on the right side of the rock where the rover’s laser hit it.

Over the course of several years, Perseverance will collect and store up to 30 rock and soil samples that will eventually be returned to Earth where labs will analyze them.

Posted by Tom Termini at 8:03 AM No comments:

The aircraft has cruise speed of 175 mph at 10,000 feet and has a range of 155 miles, including reserves. planned to launch operations in 2024, the aircraft features ducted electric vectored thrust (DEVT). This flight system is integrated into the wing flaps -- electric jet engines provide advantages in payload, aerodynamic efficiency and a lower noise profile, while also providing thrust vector control to maneuver the lilium jet through every phase of flight.

Lilium flies with "electric jets", throwing out a non-combustion compression stream of air. The Lilium's ducted fan is an example of a wider class of ducted propulsor. They all work the same way, to accelerate air in one direction so that the reaction force pushes the fan or propeller in the other. If the blade disc were used to provide compression, the device would not be a propulsor but a compressor and would not exit to the free air stream. 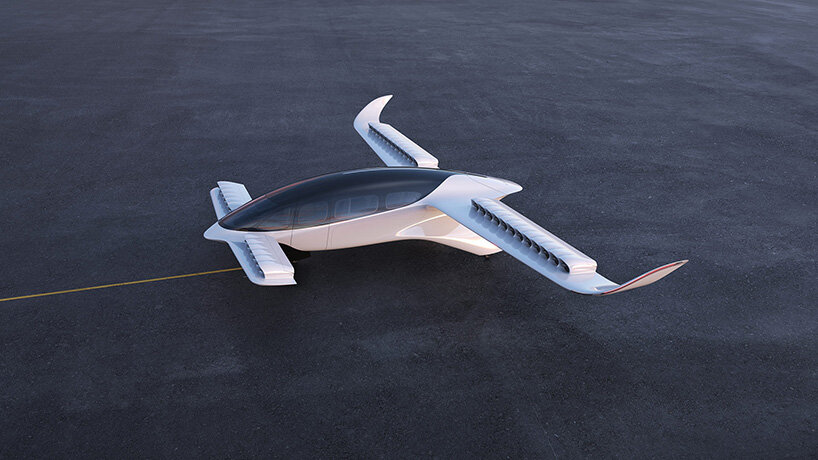 Posted by Tom Termini at 8:02 AM No comments: