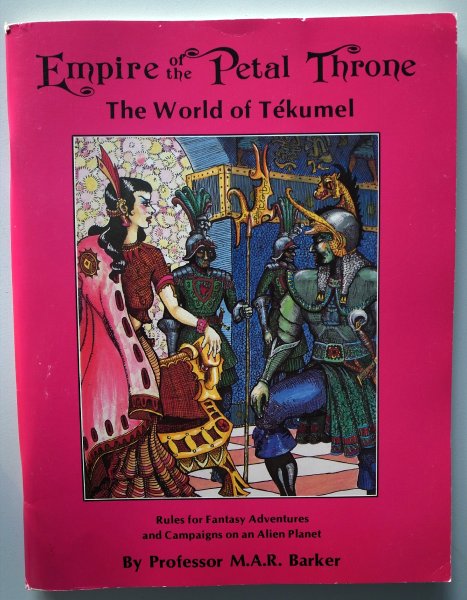 One of my favorite alternate D&D campaign / worlds. And an ok novel. I liked alot of his stuff, too bad time claims all. Except the immortals!
A noted language scholar (sometimes called "the forgotten Tolkein"), Barker created his own ruleset based on his own created world and the game mechanics from D&D. Published in August 1974 as Empire of the Petal Throne. http://en.wikipedia.org/wiki/Empire_of_the_Petal_Throne
http://www.forbes.com/sites/davidewalt/2012/03/17/mar-barker-dies-tekumel/
Posted by Tom Termini at 8:44 AM

Email ThisBlogThis!Share to TwitterShare to FacebookShare to Pinterest
Labels: DnD