Could Flight be Man's Greatest Achievement?

While the Wright Brothers were first out the gate successfully, to complete man's eternal quest to achieve a powered flight, in 100 years we have come very far. The short flight in 1901 changed air travel in the twentieth century and remains one of human kind's great technical achievements. Of course, this culminated in one giant step, and a smaller one. 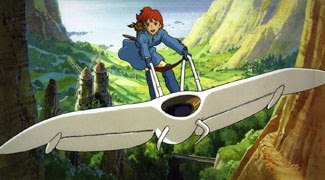 This is a cool article, about the language of the skies...

Aviation has a lot of special language, like sailing or gymnastics. Its brief, even curt efficiency and orderly templates keep planes on course and out of each other’s way.... But there is one special set of aviation jargon, more alien than the concocted vocabulary of Esperanto and more bizarre than patterned wordplay of Pig Latin or Id. This is the lexicon of waypoints, which are the road markers in the sky for directing planes on a course.

In the 20th century, airplanes and mass-­produced cars have changed the way we live. Cars, affordable for masses, have allowed us to move around, and planes make faraway destinations close. People still struggle towards a century-old dream -- the merging of cars and planes into flying cars. But, as readers know, self-driving cars are, in my opinion, much closer at hand, and a better option. I love flying, but I'll settle for a robot chauffeur.