Commercial Space Flight for the Masses (well, the 1% of the masses)

SpaceShipTwo -- Virgin Galactic's rocket plane -- blasted off of its carrier plane for a second powered test, another step towards commercial trips for people to outer space. The rocket plane flew high above the Mojave Air and Space Port in California, deployed from the carrier plane, WhiteKnightTwo. After a 45 minute flight, SpaceShipTwo was released and glided back to the airport. It counted as SpaceShipTwo's 52nd flight and WhiteKnightTwo's 156th.

In January, SpaceShipTwo blasted off for a powered test and sailed through a follow-up glide flight; the bird is expected to go through a series of glide flights and powered flights that eventually rise beyond the boundary of outer space (60 miles or 100 kilometers in altitude, approximately). Virgin's billionaire founder, Richard Branson, could fly into space later this year depending on how flight tests go. More than 700 people have paid up to $250,000 each to take a ride once Virgin Galactic begins commercial service. 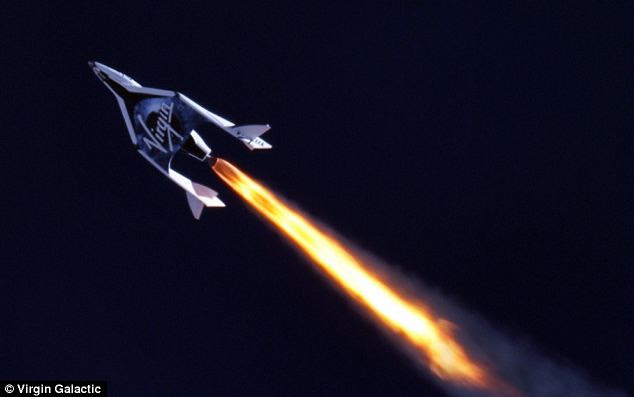